HOW is EE4 better?

Your entire reply was basically, “except for all these issues, problems, and lack of proper documentation, EE4 is great!” - yet you haven’t actually qualified that at all.

At the simplest level, the limit to 25 websites per EE installation was the most glaring dealbreaker for me - that’s not counting all the other reported problems.

How is e4 better has already been discussed before. If you think wordops is better, that’s great. I don’t think it is, where I have my own reasons.

If you been checking the forum, the 25 limit is not fixed. It is also an old topic. As I said it: “Everyone with personal preferences.”

the 25 limit is not fixed

If you been checking the forum, the 25 limit is not fixed.

Why reiterate something that I had just given as an initial dealbreaker, and then repeat it again?
I know that the 25 sites limit is NOT fixed, and that is why I left EE4 behind. It’s completely irrelevant that it’s an old topic - in fact, that makes it worse, that something that is critical for many installations still isn’t fixed (especially when it could have been fixed by now).

I feel like you are stressed for some reason. Relax.
You said that 25 limit was a dealbreaker for you. But you did not say anything that you know that the limit can be removed. Whatever.

So the question still stands… is EE abandoned or there are plans for the future? Can any of the admins help us out with this question?

The answer on this question has been answered before. No, it is not abandoned.
If people would read more the forum and RT Camp statements, ‘the’ would know that it is not abandoned. The only problem is lack of staff working on it. Their business is by big part based on ee. Last update was their plugin 2 months ago, for ee. + everything works. Too many are just too ignorant.

glad to hear that ee4 isnt abandoned. For me ee4 works well, it creates https for me fast and with docker it get container/website up fast and some manual modify to bridge them together i dont have to go through lengthy scripts to setup https. ofc 25 or 27 containers is a limit, but imho if needed then with clustering of 2 or more docker machines one will get 25*number of docker machines. at this moment i still have nothing to complain about eev4, great work so far.

Unfortunately I won’t agree with you. I made this post a month ago before going for holidays hoping that when I’m back there will be any support from RTCamp for EE. Unfortunately it seems to me that EE is abandoned.
Here’s why.
The last update of EE was 6 months ago. Since then the last response to any Github issue from contributors was in June (over 4 months ago). I can’t see any response from any contributor on the forum, Git or any update on the blog. It seems to me that RTCamp after becoming VIP partner got so busy that they abandoned their work for any serious Open Source products. It’s a shame comparing to companies that grew on Open Source as well like Human Made, 10up or XWP that continuously provide input to the community.
The worst part is a couple of serious issues that EE has out of the box (other than over 70 other bugs reported on Github). One having no control over logs from EE which is going to hit hard every EE user very soon because every website has different logs, docker container doesn’t limit them and they grow very quickly. Now this might not be a quick problem but wait a few months and 40GB of logs won’t be anything unusual. The second, less worrying but still a serious bug, is that EE has not correctly configured email docker (with DNS screwed up between docker and email client) making it impossible for a docker to send emails to its own domain. This is still a serious issue because less savvy users won’t figure out that they’re not getting emails from their own website until they get some email plugin like Mailgun or WP SMTP.

Now, with that settled.
Did anyone see any migration tool from EE to WordOps? I’m planning to move all of our servers away from EE during Christmas break and would be awesome if there’s some helpful script around.

mariadb logs is a very, very, big problem they need to fix this A.S.A.P
before its to late… please update ee v4.0.15

“If you have a problem, if no one else can help, and if you can find them, maybe you can hire: The A-Team.”

sometimes when you have nothing good to say, it’s just better to say nothing… I’m sure they have their own representatives to voice their position, they don’t need you (surely knowing little about the situation) to defend them

Right after doing a new installation I saw this post!
I was frustrated, I already passed because here several times asking for help and no one contacted to help me.
So after seeing this post I think that’s right EE is unfortunately dead.

Save who you can! 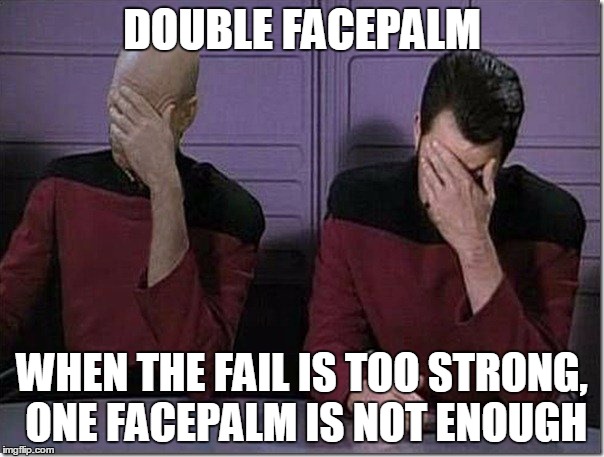 One having no control over logs from EE which is going to hit hard every EE user very soon because every website has different logs, docker container doesn’t limit them and they grow very quickly. Now this might not be a quick problem but wait a few months and 40GB of logs won’t be anything unusual.

Yes this is a huge problem i experienced… log files growing so fast that my server ran out of space which caused all my websites to stop working, all SSL certificates were f*cked, ioncube scripts alarmed the developers which locked me out of their scripts etc… many problems.

I have placed the cronjobs to empty my logs every once in a while because i dont see any other solution at the moment.

Would you be able to share your cron script with the community?
I’m out of EE but I’m sure a few people would appreciate help with clearing their logs

EasyEngine was supposed to be EASY, and that is all.
Maybe it is still a good tool for some applications, but it’s not simple and easy as it was before. This is the simple reason I migrated everything to WordOps.