After a good while of using EE I feel I need to switch. I will need to go with a solution that is updated more frequently. Anyone know of an easy and good alternative to EE ?

I think follow VirtuBox https://github.com/VirtuBox is faster and easier way.

https://roots.io/trellis/ is interesting but so complex.

@Lex if you check out the GitHub Repo you see that there is activity there. So there will be an update and dont forget this stuff is free. Which brings me to my next point: Lets do some voluntary financial support for this project so things can move faster. A few bucks a month and they can give it more attention. Give my idea a like please if you do like it:

Sustainable Funding for EasyEngine - From "side project" to Real Project EasyEngine

Hi @rahul286, I wanted to ask you if there has gone more thought into a sustainable funding model for EasyEngine? I really like EE and am using it to build my own hosting company with LXD as the backend for resource limiting and client separation and security. And I would like to contribute to the development with cash, I dont have a lot of it but I would be willing to donate a small amount each month. I am sure others feel similarly and would also love to contribute in this way. I would also…

Also: All the alternatives are no alternatives. Besides Roots, but I dont want virtualisation I use Linux Containers (LXD).

EE has certainly made my life easier. But in looking around I find the same alternatives as others have posted. I will add a few comments of my own. It is all just personal experience and insight.

Trellis - My take is that this is a complete developers platform. Yes, it is a bit intimidating for the first use or two but it is easy once you understand what Trellis wishes to accomplish. The only virtual servers it requires is the development server. For those on Linux desktops or Mac desktops, this is simple. Windows desktops have been a bit of a hassle and marginal performance at best. But once development is done, pushing to a staging server (Digital Ocean or any other like it) or to production is very easy. And those are all actual servers with no virtualization or containers. Trellis, Bedrock and Sage are all actively maintained and have good support systems.

But since Trellis is mostly just well organized Ansible scripts, I began a side project where I am putting together some standalone ansible scripts that help to automate some of the server setup and site deployment functions of Trellis, but without the necessity of using Virtualbox/virtualization on the local development server. Just not necessary for me and i very rarely work in a team bigger than 2 people. The problem is still on the Windows development machine. Since I have upgraded to Win10Pro and have turned on the Linux subsystem, it have been easier to develop on my windows machine. Still better on the Linux and Mac desktops. https://www.jeffgeerling.com/blog/2017/using-ansible-through-windows-10s-subsystem-linux

I am finding hope with Docker. As I use mostly Digital Ocean and Linode as my servers, I find that Docker is ridiculously easy to setup and deploy and while learning, i was using pre-built WP images. Now that I am getting better with Docker, I can take the time to put together a custom server setup and then justy make it a personal Docker image that can be called time and again. This is very similar in concept to another posters use of LXC/LXD. What are others experiences with Docker or LXD? Curious.

Final comment. If you find yourself needing to move a site from one server to the next, Wordmove has been flawless and has worked on every server. Can’t speak highly enough about that script and it saves you from having to purchase expensive backup-move plugins for Wordpress.

I am all in for this. Would be glad to chirp in. Not much just a cup of coffee here and there is all I can afford but I would like to give back.

Your comments make sense. I have looked at Trellis, but right now don’t have the time to push through it.

EE has made my life easier as well, but I must say that this last year, it has also given me trouble. An error here, an error there … and most of all, no updates (yet).

I’m in a situation that I need long term solutions and if EE had a paid option, which was updated regularly, I’d even considering paying for it. However right now I don’t see where it’s going … 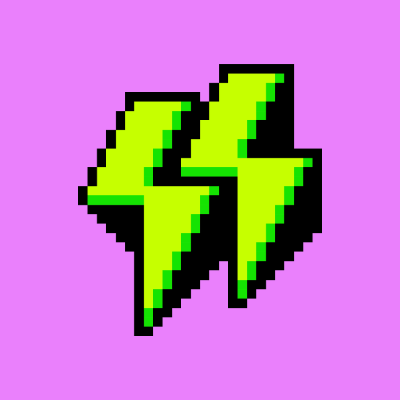 @freedog96150 I really like your input! Especially about Docker. I hope v4 comes soon so that we can have redis full page caching and the universal deployment options of docker. If there will be an alternative it would have to untilize docker also but make things simple as EE does. And it would have to use nginx and redis for page and object caching. These are reasons I am still sticking with EE.

Please like my first post here so @rahul286 can see how big the community support and willingness to give a bit of money is.

@Lex I agree! Please also like my first post here and feel free to write your opinion there as well!

Sustainable Funding for EasyEngine - From "side project" to Real Project

If you can switch to CentOS you can consider https://centminmod.com

They are very active. I used it before but switched to EE because currently I use Debian (Outline VPN can’t run on CentOS)